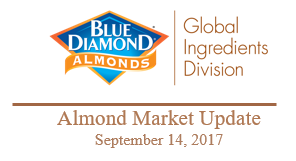 The initial ABC Position Report for the 2017 California almond crop provides continuing evidence of markets experiencing strong demand against the expectation of marginally increased supply. Crop receipts, in aggregate, are behind last year due to the later start to harvest. Receipts are 40% behind last year with 215.6 million pounds received in comparison to 359.4 million pounds at the end of August last year.

The projected increase of only 4% in total supply based on the NASS Objective Estimate will ultimately limit the potential growth in consumption, leading to firmer markets.

Despite harvest beginning a week later than last year, the industry shipped 168.6 million pounds in August 2017, a negligible decrease of 0.86% versus August 2016.

Inshell production’s slow start impacted shipments to India (down 41%), China (down 45%), and Turkey (down 8%) in comparison to last year. Offsetting these numbers was a strong August domestically at 67.2 million pounds shipped, up 14.4% from August last year. Domestic consumption continues the positive momentum seen throughout last year.

As seen below, commitments are 40% ahead of last year. The 2017 supply is 32% committed at this early stage. 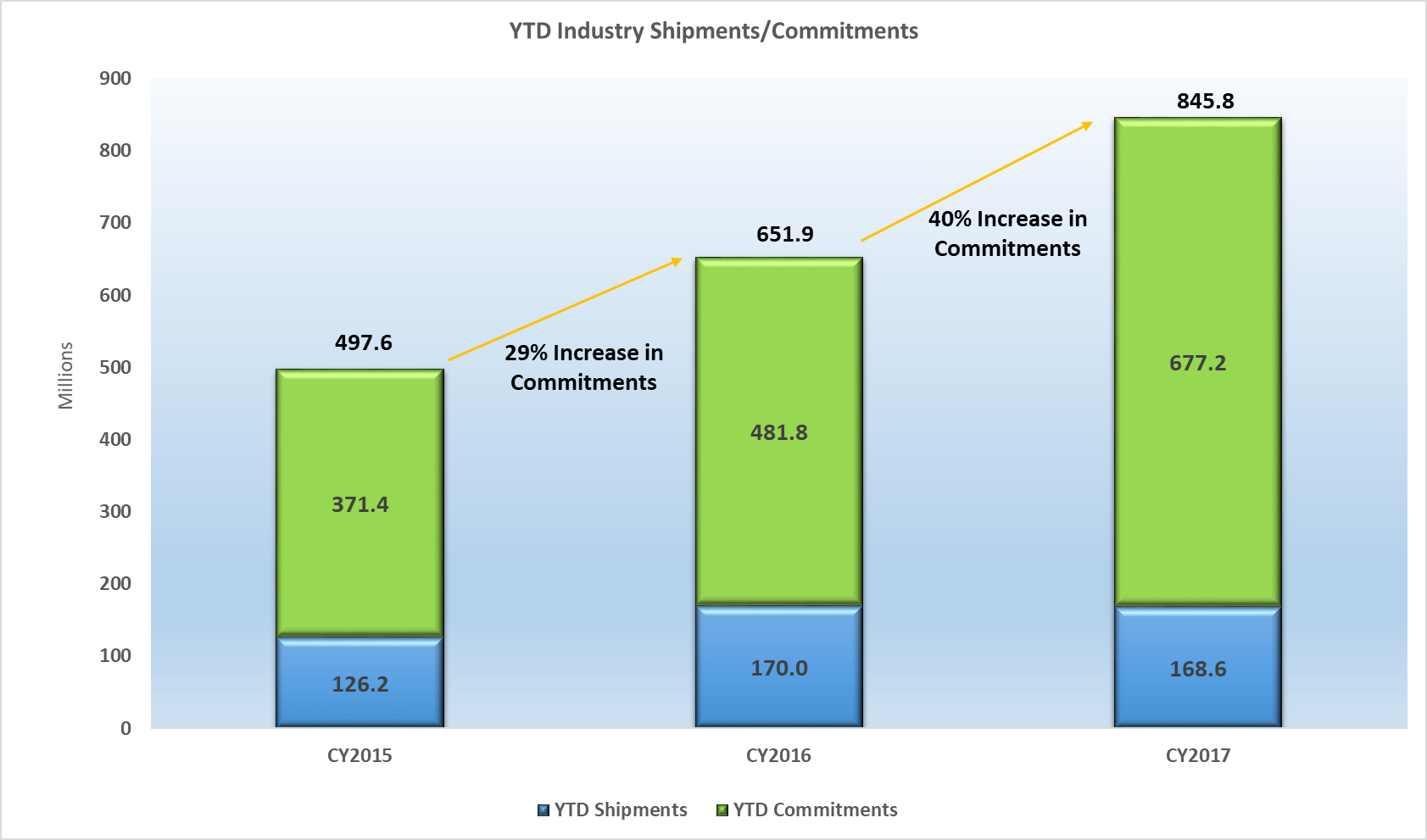