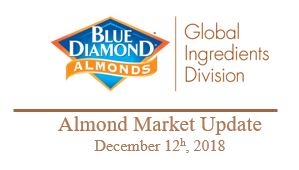 Overall shipments are within 3% of last year, with a strong December looming. U.S. shipments are up 3% for the year. The bigger shift was the strength in shipments to China, shipping 53 million lbs and surging to a net gain YTD. The Chinese market was projected to be no better than 80% of the prior year due to uncertainties surrounding trade issues. The strength is a significant factor in driving up recent demand for production and shipments. Shipments by region show the strength in the US and China. EU shipments are marginally softer, India was light in November and expected to rebound, and the Middle East began gaining momentum in November with an increase of 8% for the month. 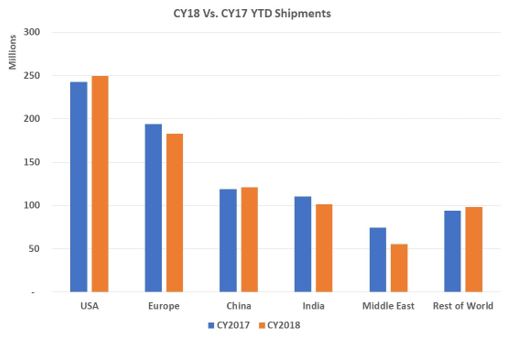 New commitments of 240 million lbs in November are a record for the month. 2018 crop activity has surged since October, closing the gap on prior year activity that existed at the end of September.

With the projected supply shrinking, and shipments surging in October and November, prices have responded by climbing by $.15-$.35 per lb depending on the item.