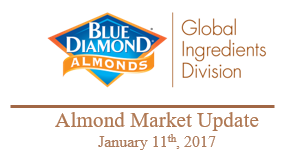 The December 2017 Position Report totaled 204.5 million lbs, up 31% over prior year, and at the upper end of industry expectations. This shipment total is the largest seen in the month of December which typically see’s shipment numbers in the range of 150 million lbs. 7% domestic growth reinforces that strong almond demand remains, with continued new product introductions. In total, domestic shipments are up 6% year to date. Export shipments grew +41% over prior year, lifting December to its record number. In-shell demand remained strong globally and saw a 27 million lb increase over prior December’s shipments. Overall, export shipments are up 10.5% over last year as global consumption continues to increase.

December receipts totaled over 214 million lbs bringing the industry on the cusp of the NASS Objective Estimate of 2.25 billion lbs. It is likely that the final 2017 crop receipts will exceed the estimate. Shipments and commitments have reached an industry total of 1,660 million lbs, or 62% of the projected total supply.

China/Hong Kong saw a surge in both shelled and in-shell shipments as the region prepared for Chinese New Year resulting in a 16% gain, now up 8% on the year. Demand in this region should continue the positive momentum as inventories look to be replenished post-holiday. India, further showcasing the countries growing appetite for almonds, had yet another strong in-shell shipment number. Year to date, in-shell consumption in India is now 34 million lbs ahead of 2016. Middle East growth remains flat to last year, but demand is expected to pick-up as the region approaches Ramadan.

Rainfall is sure to be a consistent topic of conversation through January and Early February. Recent storm activity in the Sacramento region has the area at 80% of normal alleviating some of the immediate fear of drought in the Northern orchards. 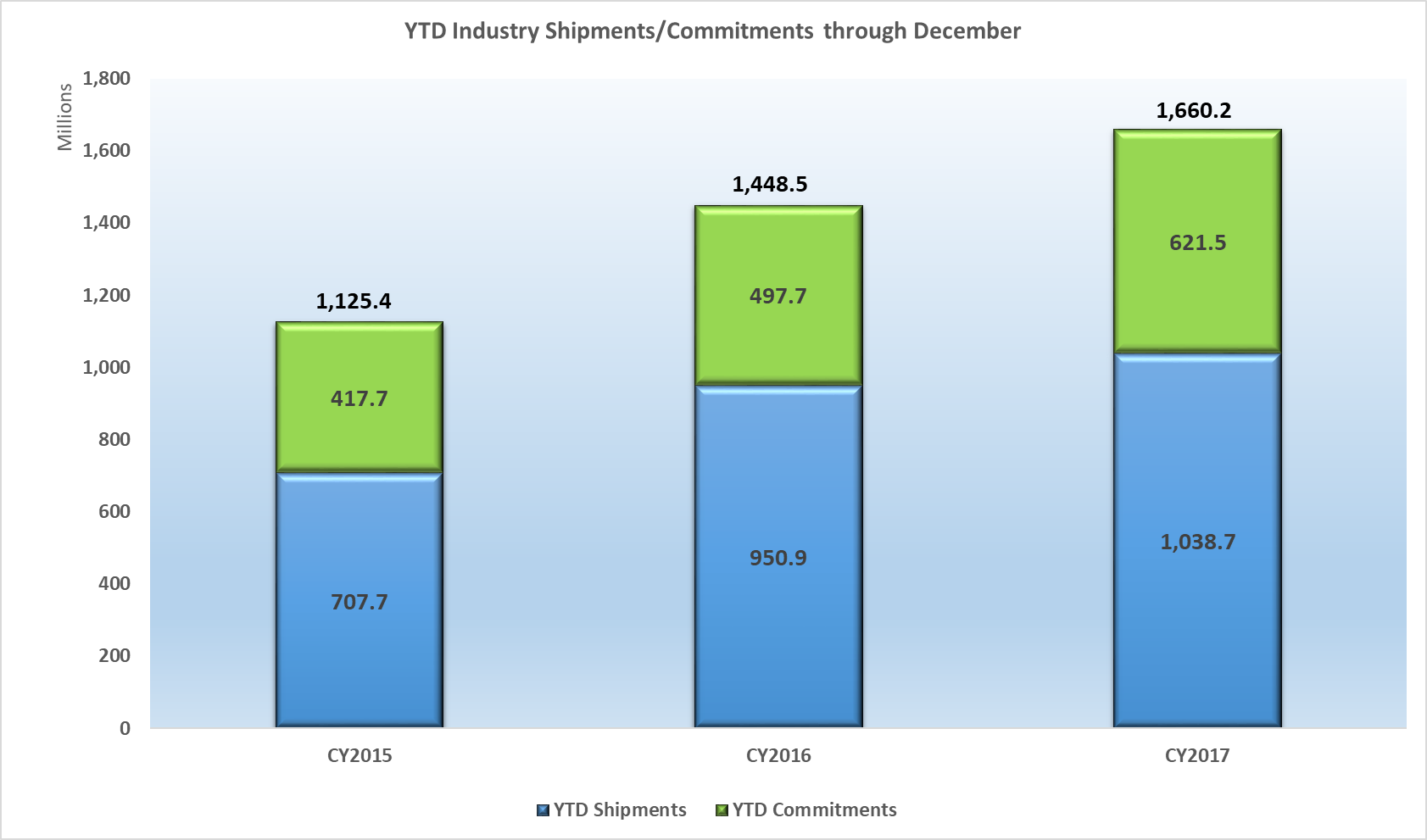