On the final ABC Position Report for the 2016 California almond crop, July 2017 shipments reached a new record for the month at 153.9 million lbs. An increase of over 15 million lbs from the prior year. The record breaking month pushed YTD shipments to 2.1 billion lbs, a 16% increase over prior year and another record. Ending inventory landed at 404.3 million lbs, declining from last year, in spite of a 12% increase in supply. With industry shipments at 2.1 billion lbs, the final inventory represents a 70-day supply, creating a tight transition into 2017 crop.

The U.S. market increased almost 14% for the year, with increases in consumption of almonds in all classes of trade.  Almonds being the most affordable tree nut has opened the door to increases in snacking, and new product development in nondairy, nut butters and other ingredient applications.

Export markets increased 17% this past year.  Inshell shipments were up 25%. Regionally, Europe demonstrated historically strong growth.  Snacking growth is driving some of the new volume.  The Middle East enjoyed healthy increases despite the economic and political turmoil.  Almonds remain an integral part of the diet and culture.  India continues to show impressive growth year over year. While the implementation of the GST tax rates caused concern, the new tax system should increase the growth opportunities for almonds in India.  China also enjoyed steady growth with e-commerce trade continuing to increase its significance. Korea/Japan enjoyed modest gains as well. 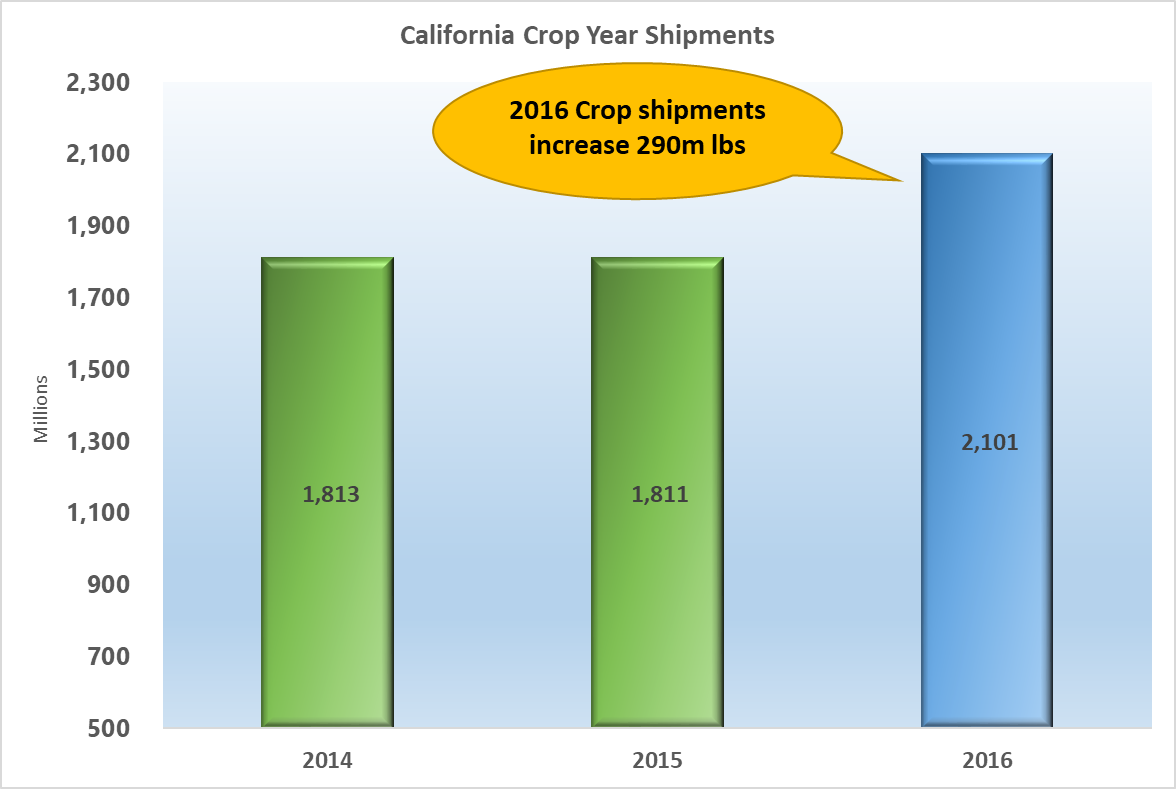