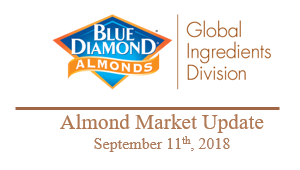 August receipts of 2018 crop are not meaningful in total, as they reflect start dates rather than crop size… but Nonpareil initially appears to be down by as much as 5-10% from prior year:

Carry-in inventory did not adjust downward as much as expected from the July ending inventory:

Shipments for August were 14 million lbs less than the prior year: 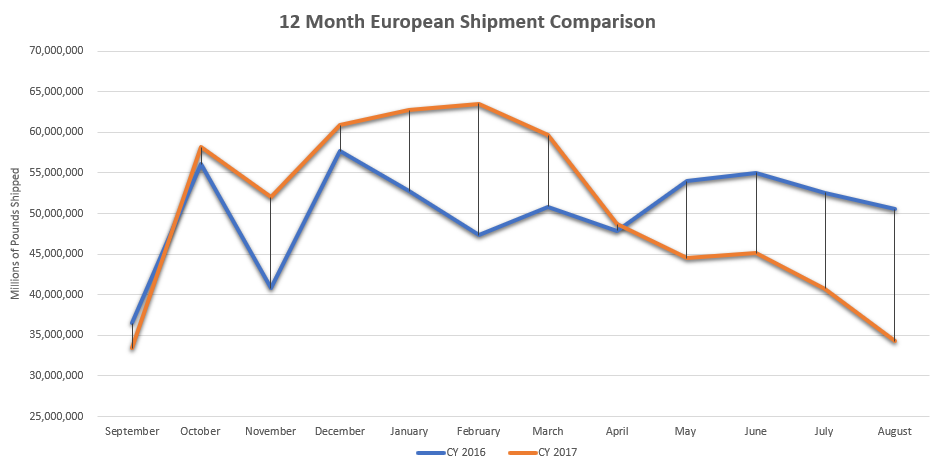