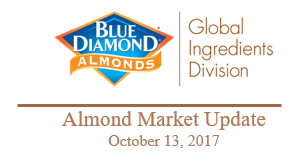 The ABC Position Report for September reinforces the stable and firming market seen since early September. Year to date, Domestic shipments are up slightly from last year to 117.7 million lbs, an increase of 0.59%. Export markets are down 5.1% year to date at 140.1 million pounds. The later harvest has impacted both kernel and inshell shipments. Inshell shipments started one week later than in the prior year and though shipping heavier in September, are still catching up. Shelled shipments are hampered by the later start, more difficult processing due to serious insect damage, and the slower shift to processing non-Nonpareil varieties.

Shipments & commitments for the 2017 crop are at 41.5% of supply, just ahead of last year’s pace of 40.3% committed by the end of September. September receipts were 628.6 million lbs, slightly less than the 631.2 million lbs recorded last September. Indications are that the crop will still be close to the 2.250 billion lb Objective Estimate. The higher serious damage will ultimately reduce the saleable supply, with rejects reported at 2.35% vs 1.22% last year.

The US, India and China alone place high demand against supply for specific products such as inshell and NPX specific sizes.  There may be a shift in recent differentials between SSR and Standards as the industry responds to the high serious damage in the crop. 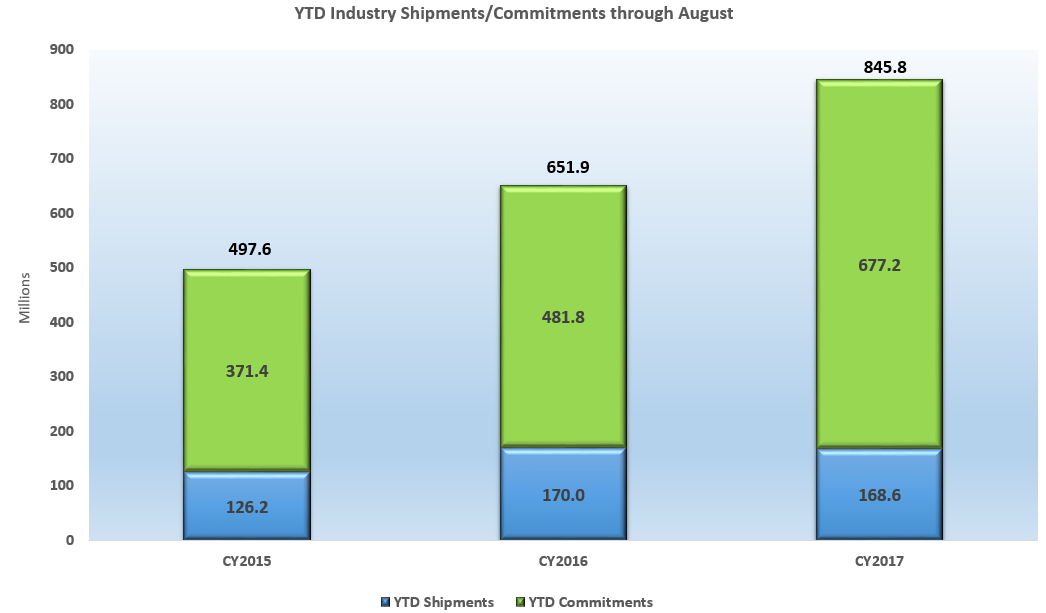