Shipments for the first month of crop year 2021 are in the books, setting another monthly record with total shipments at 207.4 million lbs, up 14.3 million lbs and 7% over last year. Exports are up close to 11% and the domestic market remain relatively flat being up 1% over August last year. This is a very solid performance considering the monster increase last August up 45 million lbs and a 30% increase over prior year.  Vessel cancelations and shipping delays are also changing the typical cadence of shipments to most markets as buyers try to adjust and anticipate this uncertain landscape and changing buying patterns.

The increases for August shipments were most notable in Europe and China. Europe is up 6.1 million lbs, a 12% increase demonstrating a strong desire to continue pulling product early ensuring supplies for the fall/winter season. China is up 2.5 million lbs over last year, 6.9 million lbs in total which is evenly split between inshell and kernel. Adding Vietnam to this number would bring China up to over 10 million lbs for the month. With an earlier Chinese New Year, we anticipate continued strong demand for the foreseeable future as buyers will ship early to avoid missing the holiday season.  Other increases include the Middle East up over 19% with UAE as the main driver and the US slightly ahead by 1%. India’s shipments are down 10% after last August’s gigantic increase. This year’s shipments will not make the market in time for Diwali, however India has grown to be a strong year-round consumer of almonds.

Commitments at the end of August total 716 million lbs which is down 32% compared to the significantly advanced levels last August, however still ahead of August 2019 by 28%. Less Nonpareil kernel has been committed this year given the concerns in smaller CPO distribution. 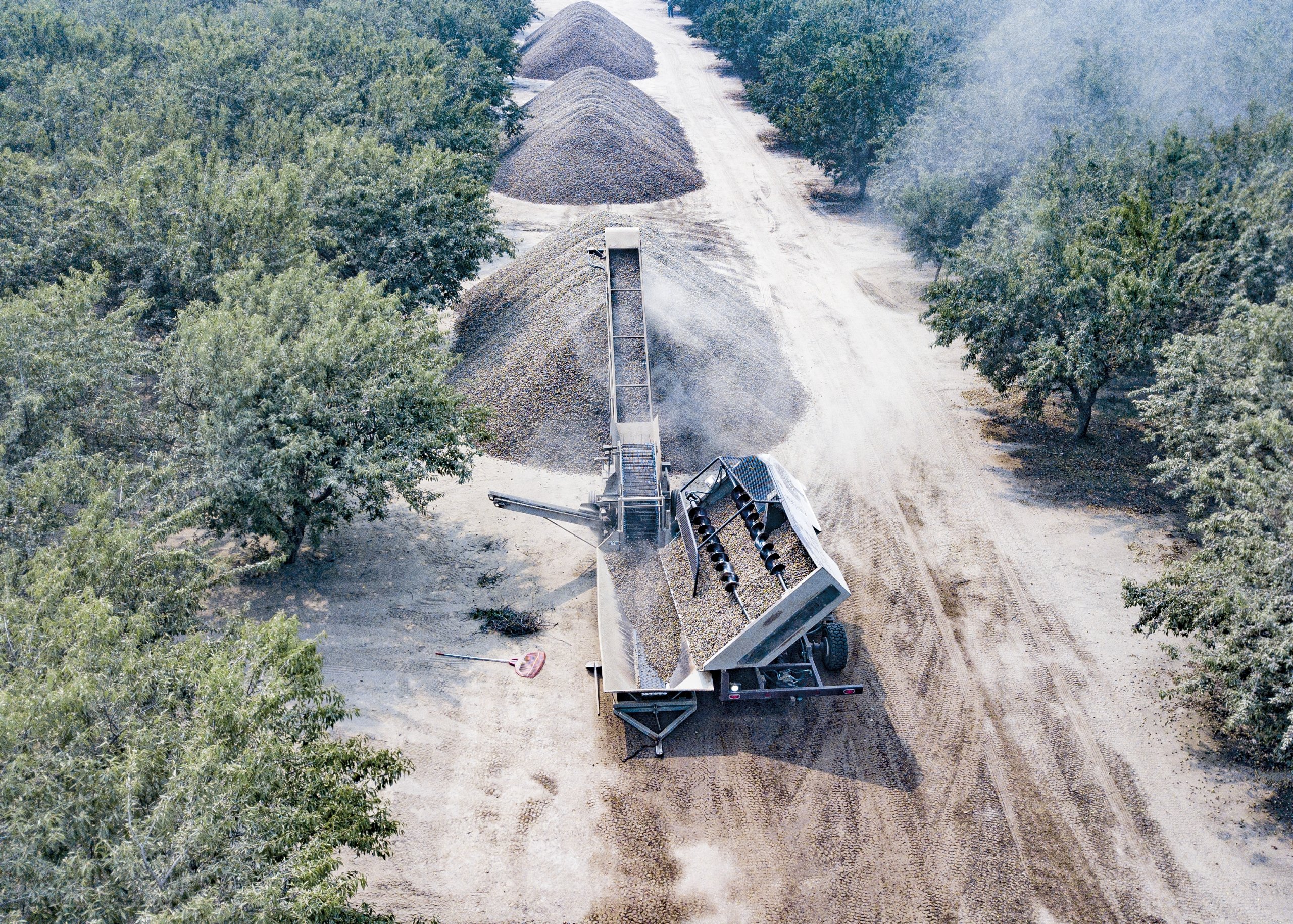 Crop receipts for August are above last year by 14.5% with an early start to harvest. The industry will have more data on the crop characteristics once more is harvested and processed. However, at this early stage the industry is seeing very similar CPO distribution compared to last year which was skewed toward smaller sizes. Price differentials and lack of selling interest across the larger sizes for 25/27 AOL reflect the continued concern with the low kernel weights in the NASS Objective Estimate, coupled with above average heat and water limitations during the later growing season.