Overview –
The final Almond Board Position Report for the 2014 crop was released earlier this week with results conforming closely to market expectations. For the year, crop receipts finished at 1.868 billion lbs., off by 7% from 2013 and down 11% from the 2.1 billion lb. 2014 NASS Objective Estimate. Full year shipments reached 1.812 billion, down 6.4% from the prior year. The ending inventory of 350 million lbs. will be adjusted up to 365-370 million with the Almond Board’s final reconciliation of loss & exempt next month. Reported commitments are up 22 million lbs. and 11% from last year.

The Nonpareil harvest is underway, and the total 2015 crop is expected to be no larger than the 1.8 billion pound NASS Objective Estimate. Early harvest results are insufficient to alter the initial projections. With carry-in inventory for the 2015 crop ~20 million lbs. higher than last year, and a crop of 1.8 billion or less, the California almond supply projects to be 2-5% smaller than the prior year.

This year, once again, substantial market activity is being delayed until after the initial harvest. On the supply side, many growers and handlers prefer to see the crop results before committing to pricing. On the demand side, buyers faced with 2015 crop prices $1.00 or more higher than last August are grappling with whether to book long, short or defer their decisions. The shortage of offers from California in early August has created additional buyer uncertainty. 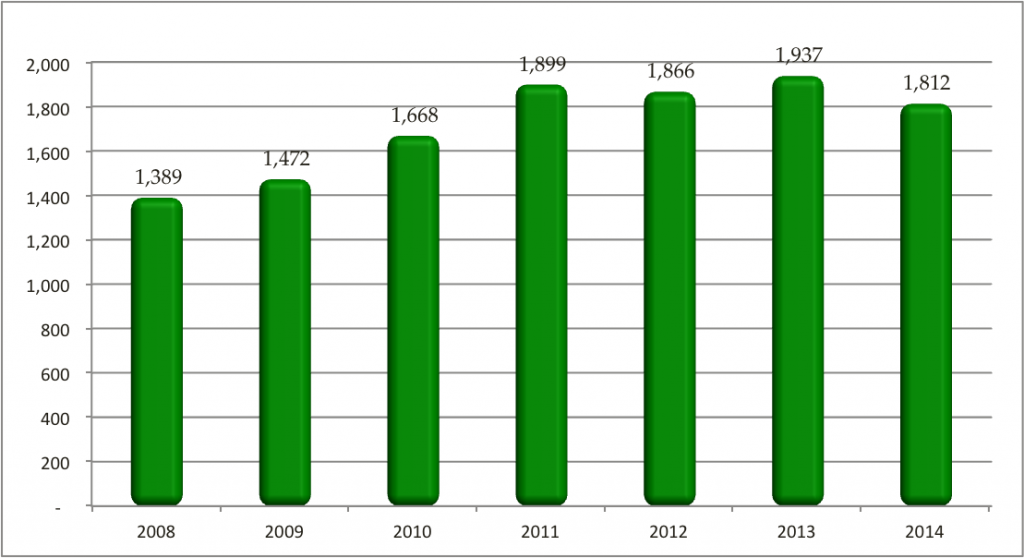 Market direction in the months ahead will be determined by three principle factors that gradually come into clearer focus. The three key levers are the actual 2015 almond supply, global demand, and whether California’s winter snow & rain has a positive impact to the ongoing drought. The 2015 crop supply will become much clearer in the next 90 days. Early shipment demand remains strong, but the impact of 2015 pricing on actual consumer demand remains to be seen. With a strong El Nino forming in the Pacific, there is increased hope for relief from four years of drought. If drought relief occurs, the focus will shift to how much water is available and how quickly it can impact yields after multiple years of stress.

Pricing today has resulted in relative balance between almond supply and demand. As long as the global demand declines at a rate no greater than the decline in supply, pricing will remain at historically high levels.