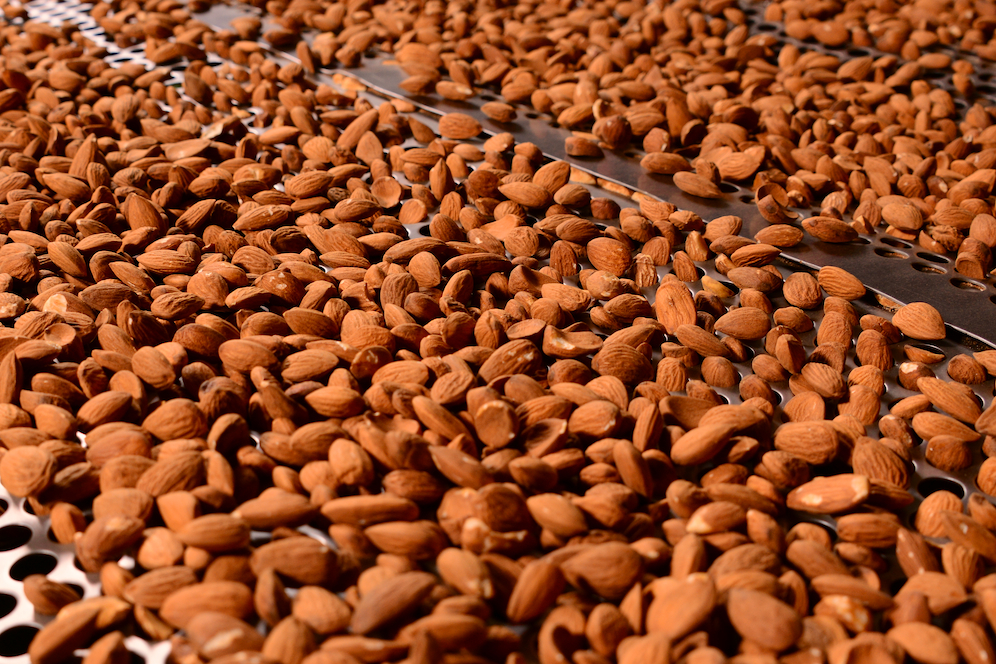 Receipts show no surprises, as most in the industry believe the total crop size will be at or slightly higher than the objective estimate of 1.85 billion pounds. Commitments are strong, running ahead of last year nearly 12%. All of these numbers and comparisons simply point to a very strong shipment and demand scenario for the start of the 2013 crop year and this is expected to continue for the foreseeable future.

Another important factor looming is the weather conditions in California for the next few months. Water conditions are critical for California agriculture and we just finished one of the warmest and driest Octobers’ in memory. This dry, warm weather, reminds all in California that we see no relief on the horizon for our water problems. Of course this is only October, but current conditions are a cause for a higher state of anxiety and caution for sellers.

It appears most markets are buying hand to mouth not wanting to take long-term positions with the current price levels. Brisk business has taken place in various markets over the last month with no markets being covered past the end of the calendar year. This means there will be abundant opportunities for California sellers through the winter and into the spring months. We also see California almond industry shipments and demand are widely dispersed throughout many markets worldwide and this illustrates the industry is not reliant on one or two markets for demand.

The India and China markets are expected to have more activity in the coming months as China depletes it’s second hand supply and needs more coverage before the Chinese new year. India clearly recognizes supply in their local market is very thin and requires inventory for the coming months. Supplies for inshell may also play a factor as many packers have shelled out their inshell of various varieties to obtain larger kernels, which are in high demand with price premiums.

Looking forward we continue to see the making of a two tier market where prices for kernels larger than 32/34 are extremely firm and very small sizes show slightly more flexibility. We anticipate November shipment numbers to again show strong demand and many packers have orders in house and running at capacity to meet customer requirements.