Demand for California Almonds remains strong. Shipments for the month of November exceeded prior year by nearly 8%. Year-to-date, shipments continue to run ahead of last year at 7.4%.

Commitments for November rose by 149 million lbs., putting the 2013 California almond supply at 57% shipped and committed. With YTD receipts at 1.737 billion, many sources are downgrading their estimate of the final 2013 crop size.

Two of the largest export markets, China and India, showed declines against prior year of 48% and 31% respectively. Year-to-date, China sits at 16% behind last year while India is 22% behind. The outlook for China suggests better second half demand than last year, when high inventories limited demand from California after January. India is carrying light inventories and would appear to have strong forward demand in spite of the currency issues that have beset them this year.

Partly driven by a small Spanish crop, shipments to Europe were up 59% for November against prior year. Total yearly shipments are up 33.9 million pounds, 20% over prior year.

Exports to the Middle East have begun to show consistent signs of growth with November totals exceeding prior year by 88%. The region is up 20.8 million pounds, 41.6%. Growth is well distributed across the Middle East countries.

With the demand outlook for California Almonds robust, prices are expected to firm as we progress into the bloom. Limited supplies will be offered from California through bloom. Concerns about the current crop not significantly exceeding the NASS estimate, and the potential impact of drought on the 2014 crop, result in a cautious outlook by California growers.

Click here to read the latest on the California water situation. 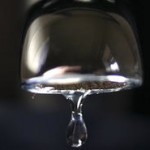