The California almond industry closed out the year with July shipments of 229.4 million lbs, up 49.3 million lbs (27%) over last year. YTD shipments reached 2.898 billion, up 526 million lbs from the 2019 crop. Ending inventory dipped below 600 million pounds.

The increases for July shipments were mostly in Europe (up 25.1 million lbs) with increases across Asia-Pacific and Middle East/Africa contributing 9 million lbs each. The U.S., Canada & Mexico added another 5.2 million lbs. 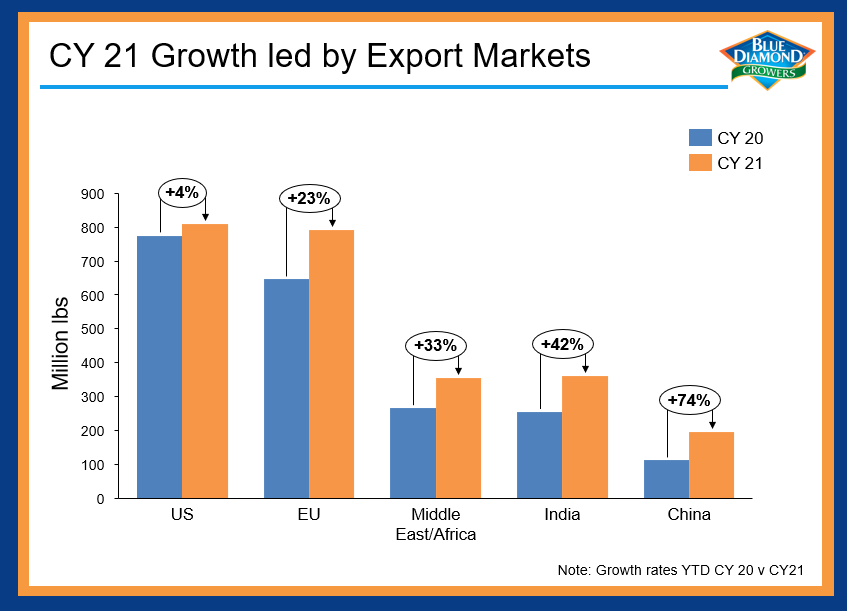 Commitments at the end of July, include 441 million lbs of 2021 crop and 344 million lbs of 2020 crop for a total of 785 million lbs. This is down from the accelerated levels of last July by 21%, but exceed the July 2019 total of 515 million lbs by 52%. Less new crop Nonpareil kernel has been committed this year, with more pollenizer commitments in the old crop number. 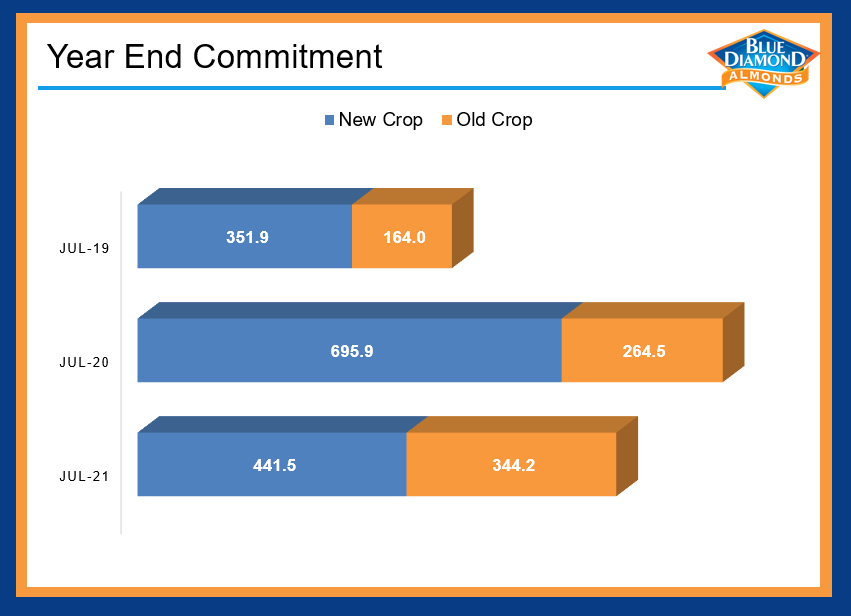 The low kernel weights in the NASS Objective Estimate, coupled with above average heat and water limitations have led to early concerns about 2021 crop kernel sizes trending small. Harvest is just beginning to kick into high gear on Nonpareil and Independence, making it too early to draw definitive conclusions from early results. 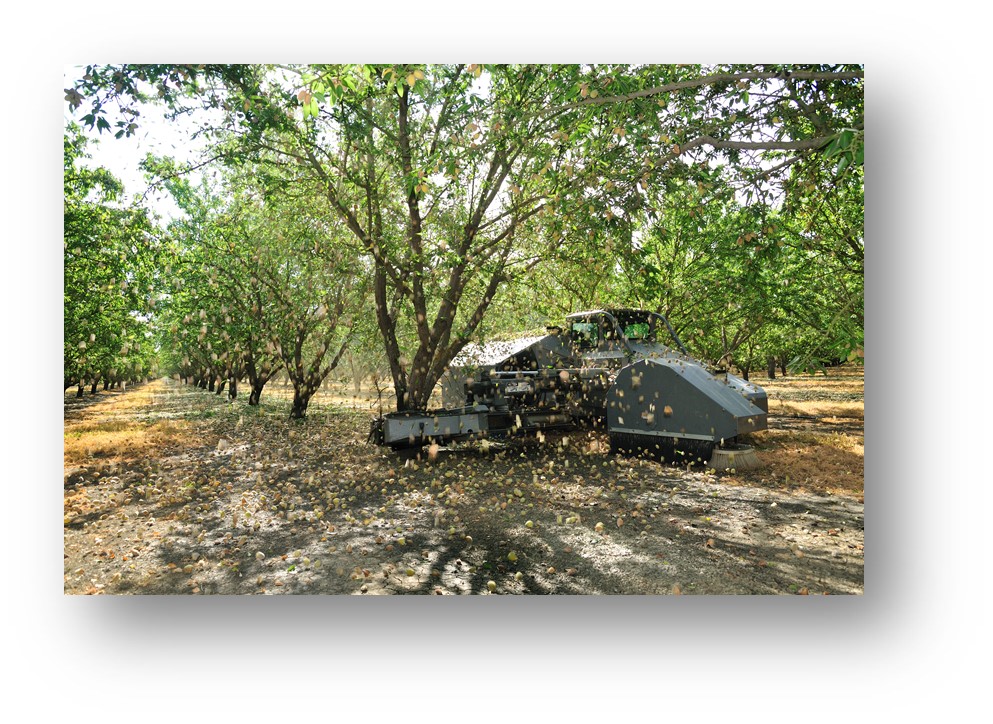 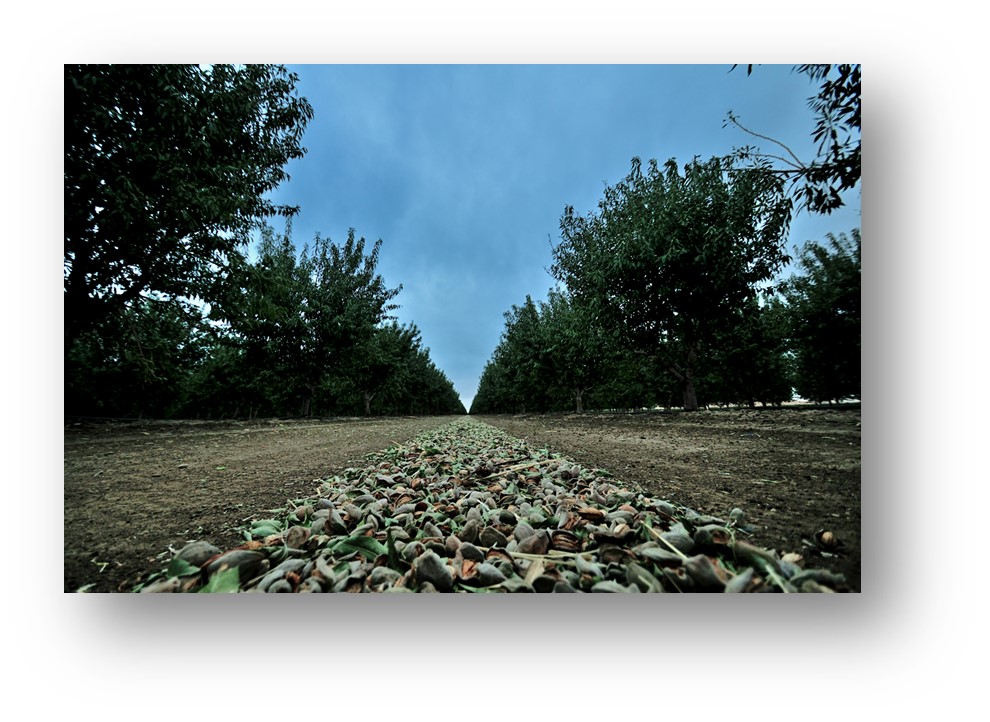